The monthly Amabashya (New Moon) Kalipuja will be performed on Tuesday September 19, 2017 at our Kalibari compound. The puja will start at around 7:30 PM and is likely continue till 10:00 PM. “Bhog” and “Prasad” will be served after the puja. Your presence and participation on the above occasion is solicited.

The ‘Mahalaya‘ tarpan will be organized by GNSSS at our Kalibari compound on Tuesday September 19, 2017. The rituals will start from 11:24 AM in the morning. To perform the rituals of ‘Tarpan‘, you are requested to bring with you the following:   1. Bhujji comprising of 5 varieties of Vegetables, Pulses, Mustard Oil and common salt 2. 1 set ‘Kosha-Kushi’ […]

‘Satyanaryan Katha’ will be read by our purohit at the Kalibari on Tuesday Sept. 05, 2017 at 7: 00 PM. ‘Prasad’ will be served after the puja. You are requested to join in the puja.

Appeal to the Devotees of Goddess Maa Kali

Greater Noida Sharadia Sanskrtik Samiti(GNSSS) is a registered society of Bengali families residing in Greater Noida. This society was formed in the year 2001 with the objective of nurturing and propagating Bengali culture and pampering subtle Bengali interest/likings.

As Bengalis have devout faith in Goddess Maa Kali, they cannot resist themselves for long from building abode for Goddess Ma Kali as Kalibari in the vicinity where they live, so are the Bengalis living in greater Noida. GNSSS had applied for purchasing land from Greater Noida Industrial Development Authority(GNIDA) to build Kalibari and consecutively GNSSS was allotted land by GNIDA in 2008 at F1, Sector - Pi, Greater Noida, Gautam Buddh Nagar. Presently, construction of temple for Maa Kali, Lord Shiva and Radha Gobindo is going on and more than half of temple is constructed till date. 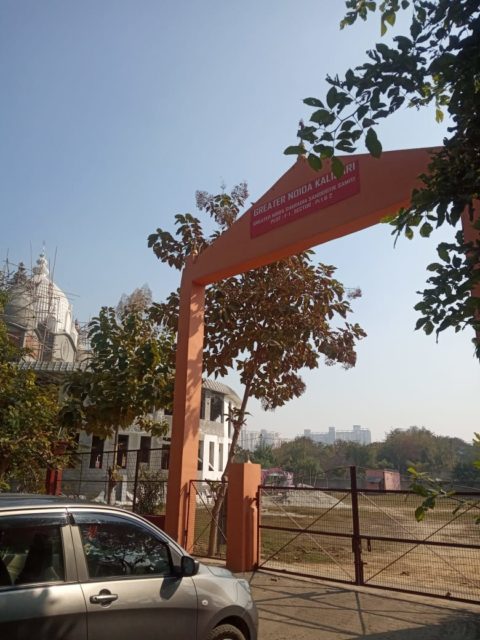 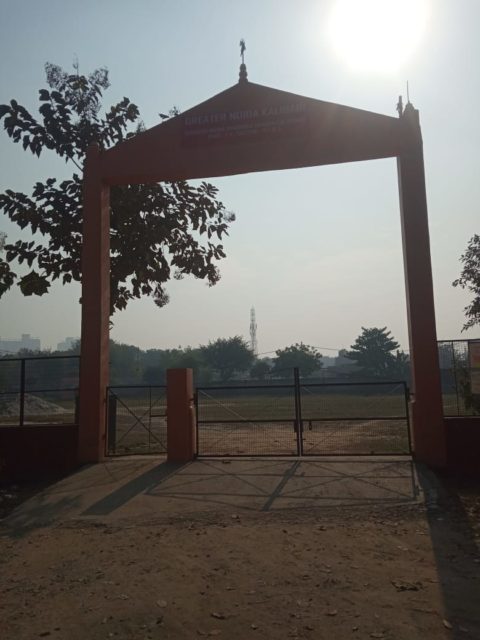 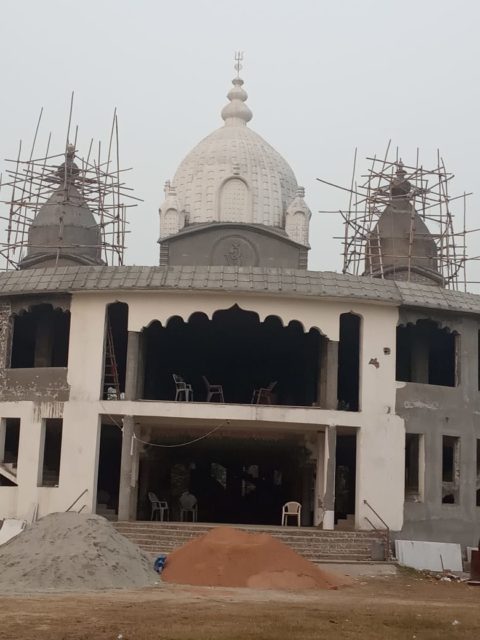 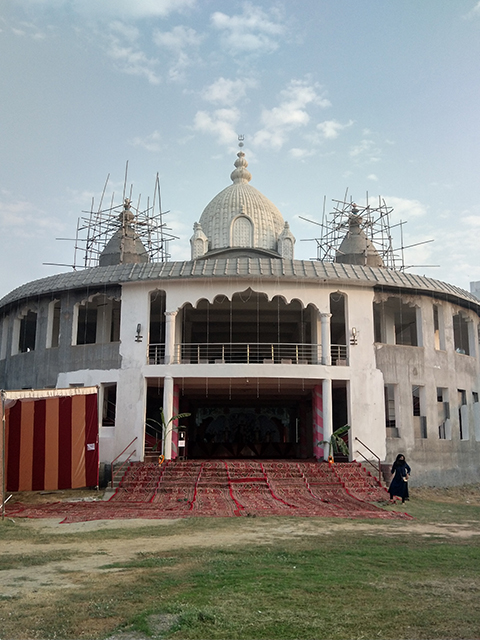 Much effort has been made in raising fund to pay the cost of land in the last 12 years and GNSSS had managed to deposit Rs 84,40,125.00 to GNIDA. Around Rs. 1.75 crore which comprises cost of plot, interest incurred on unpaid amount and MUABJA (compensation to villagers for escalated price of land) is yet to be paid by GNSSS to GNIDA.

Recently, GNIDA issued a notice to GNSSS in which GNIDA has demanded Rs. 1,24,68,999.65 to be deposited by December 2019, failing which they will become forced to cancel the plot without issuing any further notice. Upon receiving the letter GNSSS met concerned person and submitted a letter to GNIDA requesting them to provide more time to deposit the amount. GNIDA has said that extension of time can be considered only after half of the demanded amount is deposited.

Main sources of fund of GNSSS are Advertisement, Sponsorship, Subscription and Donation collected on the occasion of Durga Puja that we have been conducting every year since 2001. But this level of collection is not sufficient to pay the huge balance amount of land in one go.

In the light of the crisis arisen after receiving the notice from GNIDA, we called Executive Committee meeting on 8th Dec followed by a two Special General Body Meetings (GBM) on 15th and 22nd Dec. 2019 to find ways to raise the required fund. Everybody in the meeting was in unison to pay the said amount to GNIDA somehow to avert cancellation of land.

In the GBM it has been decided to start a drive to meet all members to apprise them about the situation and appeal them for donating/ collecting minimum 30,000/- individually in the form of donation, collection from their personal sources, taking life membership, etc. Even option of taking loan from willing Life Members is also kept open.

After doing above exercises, many members have taken initiative and donated/ arranged fund accordingly. Recently, GNSSS has managed to collect and deposit Rs. 52 Lacs further to GNIDA. GNSSS is still falling short of required money to be deposited to GNIDA to avert cancellation.

It is time for all of Bengalis especially of Gr. Noida to be united and come forward in raising fund to give Greater Noida Kalibari a final form once and for all. It is now or never for Greater Noida Bengalis.

At this time of crisis, donating for land and construction of Ma Kali Temple will be an opportunity for those who want to donate for good causes.

We also appeal all Devotees living in other parts of India and outside India to donate generously for this cause.

Looking forward to your generous support.